Open
A photo of some roses which I forgot to post. Thin

Open
Oh hello, June, where did you come from? Seriousl

Open
Usually, when I do an outfit post or picture, I li

Open
If I were to describe my style, it would be summed

Ok, before you start hunting me down with torches and an angry mob start banging on my front door and throw me in prison for breaking any music-loving law, let me tell you my opinion first.  I know this is a controversial thought, but I don’t like Adele songs. There it is out in the open and I’m not taking it back. I’m not a big fan of Adele singing, or her voice.  I would also love to stress that I’m not attacking her as a person but from a music prospective.

As an avid music fan, how dare I think this for she the queen of the music world, as such we mortal should bow down and adore her music? I listen to all type of music but she is just isn’t one I would want to listen too if I have a choice, however I don’t really a choice as her song is shoved down my throat at every second of the day.

Her last song ‘’hello’’ is played 24/7 on radio, her video is rotated heavily on music channel and there so many new stories of her every day is impossible to escape her. I’ll admit I did actually quite liked Hello at first, but after the zillion time of hearing it, I got bored of it. Like really bored of it. I find myself nit-picking the song, why is she throwing her voice like Whitney Houston, why is she screeching and is there supposed to be a melody?

I found the song did nothing for me, it didn’t bring me to tears or make it memorable enough for me to keep listening to it. I found it really melodramatic and kind of boring.

When I listen to music I like something I can listen to that can make me happy, I can day dream and loose myself for a time. There be studies on why music does to that brain and how it affect us physiologically.

Professor Levitin, a specialist in Neuroscience at McGill University, and Professor Schellenberg from the University of Toronto, explained that within neuroscience they are able to identify two primary modes of brain operation. Either you are paying attention to something very closely and you are very deeply engaged in a task, or you are in “mind-wandering mode” (day-dreaming), as Levitin put it, “It’s a flood of different thoughts that feel unconnected and loose.”

Both Schellenberg and Levitin agree that music will have different effects on your brain and your behavior depend on how it personally makes you feel. For example if you want to be alert and focused then try an upbeat song that will put you in a good mood or if you want to step away from a problem and relax then play anything you like – don’t dismiss those sad songs you only listen to when moping around.

There has been research where neuroscientists have looked at the brain scans of volunteers as they listen to pieces of instrumental music that they found pleasurable and another group of volunteers that were played music they did not find pleasurable. The brain was able to release more dopamine when listen to pleasurable music. However this study had very stringent selection criteria and was very small, only using young healthy volunteers, therefore the results might not be representative of the general public as a whole.

So it all comes down to dopamine, I don’t get dopamine listening to Adele. I find myself thinking of other singer who deserve our attention, the one who does give me dopamine. 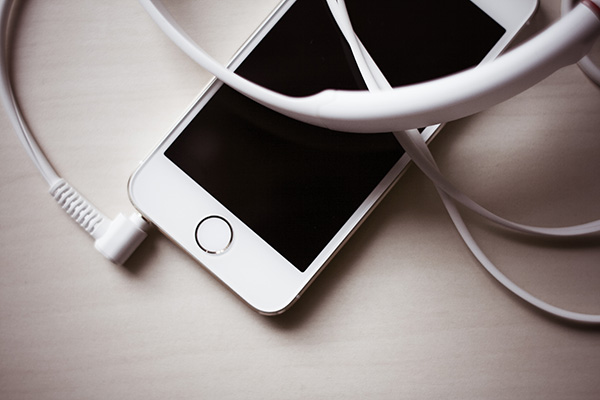 The other day while searching Spotify I came across a singer ‘Cass Fox’, I never heard of her before but I like listening to new music so I gave her a try. After 30 mins of listening to her I brought her album and became a fan on Facebook. That the power of just listening to music that you like, it pulled you in and make you lose yourself.

Another example is one of my favorite bands for the late 90s – 2000 was The Corrs, I love their melody and Andrea got such a sweet voice that get you sucked in. They just released their new album after a 7 years hiatus and it just lovely to listen too – pure ears bliss. It as they never left my iPod.

A different example is liv Kristine, the lead singer of Leaves Eyes. A completely different genre to my other examples as it heavy metal with a female voice. Leaves Eyes combined heavy metal, opera voice and folks that work well together.

I will admit Adele can sing and she does have a voice, but it doesn’t make me jump up and down in excitement or give me goosebumps like some other singers I just talked about.

I often think the excitement of Adele-mania is a rebellion to other pop-singer like Miley Cyrus and Lady gaga, The kind of singer who have to strip down to nothing but their birthday suit just to get attention. I totally get that and I can understand why people find Adele refreshing, but people just needed to listen more carefully as they have always been singer who don’t feel the need to strip down to their underwear.

If someone ask me what is in the top 40 chart, I wouldn’t have a clues as I gave up listening to pop chart music nearly 7 years ago. Richard and I was looking at the New Now (I believe the current one is Now 94) album and we didn’t have a clues to what any of they were. In a way that kind of sad and a poor reflection of what the music industry is.

So this bring me to my point on why I refuse to buy Adele album, it all boiled down to principal. There are so many amazing singers that need and deserve attention and also our praise. Her singing doesn’t give me goosebumps or more importantly dopamine and while her image is refreshing and I do admire her for that. It isn’t enough for me to buy her album.

A Guide To Christmas Jumpers

Tunes To Listens To On Your Ipod

Louise Redknapp And Why I’m Rooting For Her On SCD

What Music Does To the Brain – It make us feel good

Are We Losing Our Manners During This Pandemic?

A Guide To Christmas Jumpers