Last week for my birthday, Richard took me to a bar with different. (I also reached the age where I don’t tend to make a fuss about my birthday anymore, I’m so old) If you like mini/crazy golf combined with cocktails then here is a bar for you. Yes I’m being completely serious, this is no ordinary cocktail bar – this here is a mini/crazy golf course cocktail bar. How cool is that! I never heard of it either until Richard said he going to take me somewhere fun, I thought ok cool I could do with ‘fun’ on my birthday – after all I don’t exactly feel old and honestly feel young and vibrant as ever. So blindfolded (no really, I just didn’t know where we were going so I was following Richard more closely) we traveled a part of London I’m not that familiar with. This bar is near the old Tower Of London and right next to the gherkin building (it named that as it bloody does look like a gherkin up close) – The mayor Of London Building.

Anyway we found it eventually and he led me down and it all then clicked into place. I thought this was awesome and the concept was something I haven’t seen in a bar before. Those I shouldn’t really be surprise as London have every bar imagine (making it my mission to visit as many as possible – I’m such a little alcoholic!). We got told the next gold course was in half an hour so plenty of time for a cocktail so I went for this white rum and liquor drink and he had some eggy weird drink – completely useless we both can’t remember the name of our drink. We both didn’t rate the drinks that high, however I felt we might need to do more drinking test to make an accurate conclusion!

Our golf course became available, it’s a 9 hole course and of course there are rules. No swinging your golf club, no cheating and no kicking the golf ball.  The course was a lot harder then it looked and getting the actual ball in the hole proved to be very entertaining. Imaging trying to play golf while drunk and then you get the idea on how entertaining it can really be . There was courses that was on bridge, across sand and even on water. I don’t usually enjoy mini/crazy golf – Richard tend to like them more then me – but this was a lot of fun! Often you get people who are waiting for you to clear the course cheering you on – which I found distracting but it was all good humor.

I naturally lost and Richard was the winner. Anyway another cool aspect with this swingers bar was that you could get a selection of foods, you could get either pizza, hamburger or a kebab. So after our course we ordered some pizza and watched other people playing their game.

So overall that was a fun afternoon and if you do have a spare afternoon feeling bored but also happen to be in London, then I do recommend the Swingers Bar. 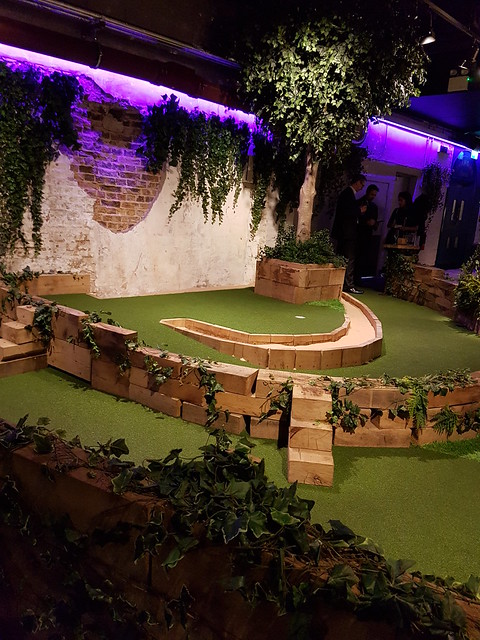 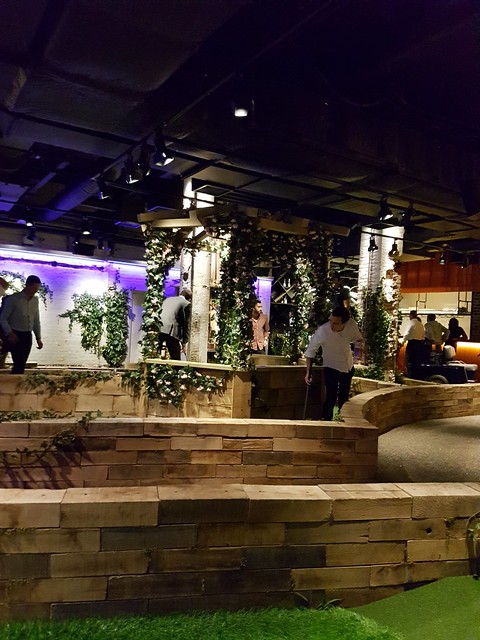 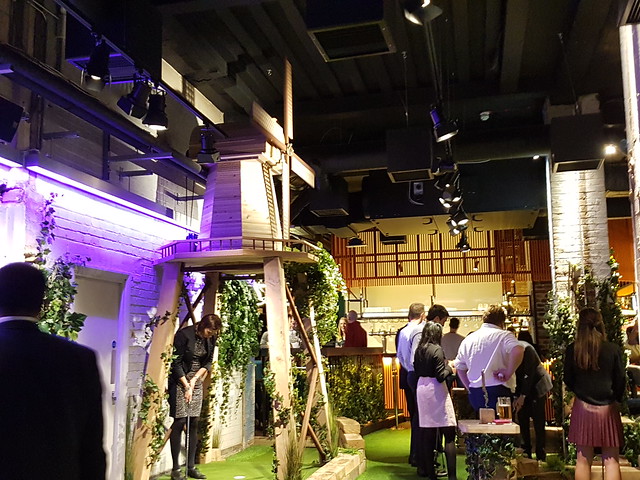 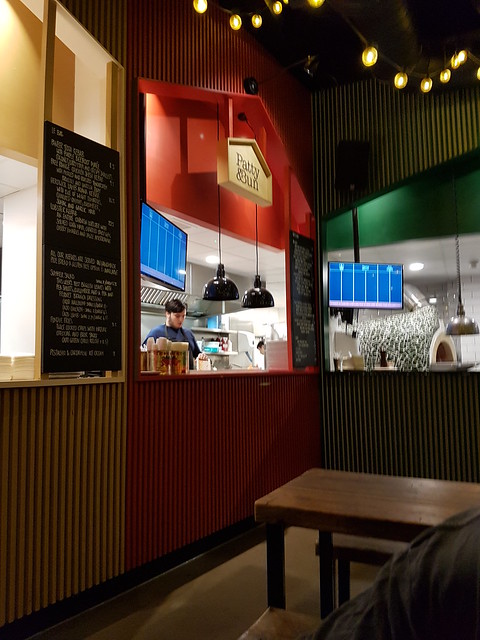