The rise of retro inspired bar is nothing new, we devour our love for vintage fashion, film and music so hitting the bar and asking for an old style cocktail shouldn’t be a surprise.

This retro-drink culture is officially fashionable as many speakeasy bars have popped up across the UK providing all retro lovers a little glimpse of the past. It’s easy to forget that many of today’s cocktails and alcoholic beverages originate 50-100-200 years ago. So whether if you like gin & tonic or a whisky on the rocks on a Friday night, let’s take a moment and reflect on how far our beloved alcoholic drinks have come.

In the 1920s, in an era known as Prohibition, for a time alcohol was illegal in America. After the First World War it was considered by many to be bad for society to consume alcohol, the anti-saloon league argued was damaging to society and made people turn against it in favour of religion and decent morals. The prohibition caused the rise of gangsters and the speakeasy club, gangsters such as Al Capone would illegally sell alcohol to these secret speakeasy bars for a hefty profit. Because of the rise of illegal importing of alcohol and the government couldn’t provide enough prohibition agents to enforce this law so it repealed it in 1933.

The prohibition era didn’t dampen the alcohol industry and it reached new heights in the 1950-60s, the mad men era where advertising was king. The 1960s was a cocktail culture, and well know celebrities such as The Rat Pack could always be seen drinking a dry Manhattan and people were demanding new cocktails to taste and to be added to the bar menu.  The 1960s advertisements for Cocktails or for any other alcohol drinks were eye catching and colourful, designed to get you drinking.

So next time you are in your favorite bar and ask for a classic Gin & Tonic or whisky on the rocks, take a few moments to raise your glass and say cheers to past generations for their creations and for future generations for what they have yet to create. If that have quince your thirst for some retro inspired bar drinking, then you will love Top 5 London Retro Inspired Bar. 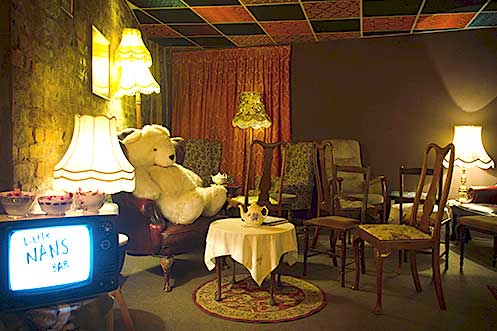 Miss-matched chairs and tables, frilly cushions and chintzy lamp shades give this little basement cafe bar the feel of a retirement home ca 1990. To add to the retro feel, tea is served in big pots and vintage china cups, often with a royal theme. Little Nan’s Bar also regularly hosts events such as vintage markets and cocktail specials, if only retirement home just as cool and fun. 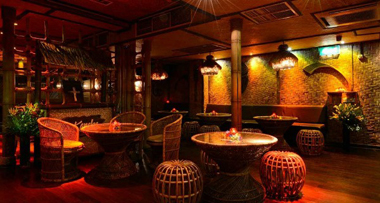 The South London Pacific bar and club is the venue for Fifties nights, where you can sample classic Mai Tais and also eat Vietnamese finger food. It a quirky bar but If Fifties Hawaiian kitsch is your thing you simply must go there. 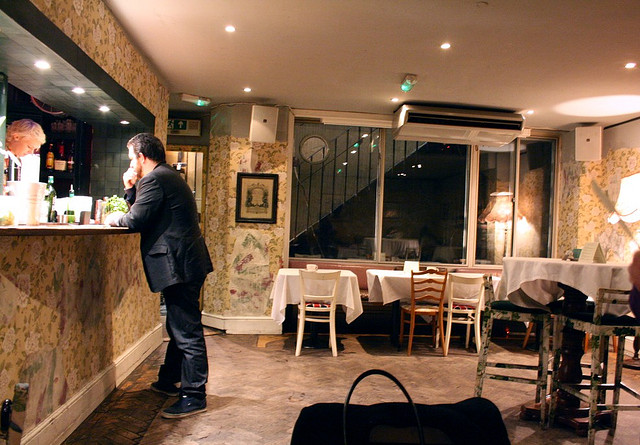 A short walk from Oxford Circus is Bourne & Hollingsworth, a living room sized tea room and bar that’s transport you back into the times of back room drinking during Prohibition times. A rare gem of a retro-inspired bar. 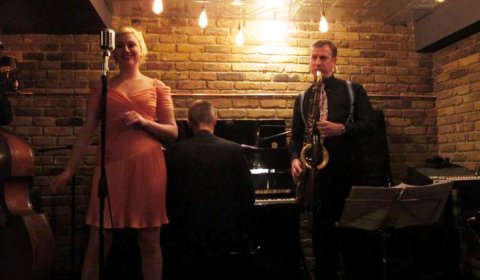 The Nightjar mixes the glamour and charm of a Thirties cabaret venue with refined cocktail traditions from the Belle Epoque and the Prohibition era. This bar create a modern-day speakeasy and music venue.  It’s the live music that really makes this place quite special.

While you be visiting any of these bar?

Finishing A Man’s Look with a Tie Clip