Since my two dogs died a few years ago my parents have been really lonely, they won’t ever admit it out loud but I can tell. They keep talking about getting a dog but also keep changing their minds, personally now they have both retired I keep egging them on to get a dog as I think it would be an amazing companion for them and now is a perfect time for them. Well that was partly my thought process for when I signed up to Dogbuddy, I also will admit I would love a dog myself but Richard is not keen on the idea.

Anyway the site Dogbuddy offer you the chance to be a dog sitter or a dog walker, I naively signed up to both. This was a couple months ago and I hasn’t heard anything till one evening I received a text message from the site, ”AJ* sent a message” (* not real name obviously), off course I jumped at the chance of this and thought it would be a lot of fun to look after. After several messages I found myself booked to look after a 9 months golden retriever, I had this image of it being kind-of-like the andrex puppy like in the picture below: 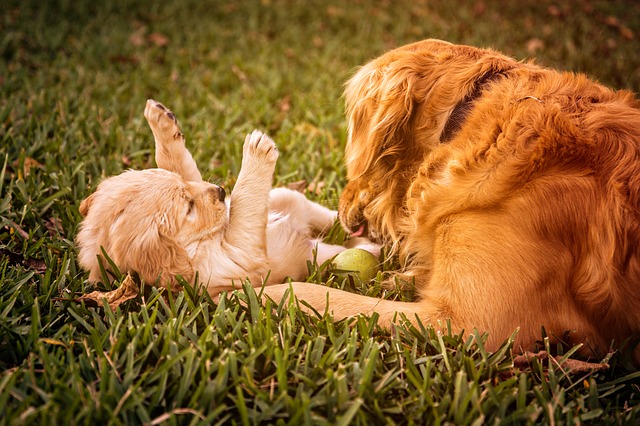 A puppy that isn’t big (in size) yet and something I can look after easily – the reality was something quite different. Yeah it was big grown size dog, and this was where the fiasco really began. I met the owner and we exchange a few details and then the dog came out and it a lot bigger then what I was expected and also a lot stronger. Oh dear what have I done?! It was a lovely dog and I do love golden retriever but in a small size flat in a middle of an urban city I feel it isn’t the right environment for them, as I have always been around them in a big open garden in the middle of a country-side. It was jumping up and down and generally being all excited, I had to use all my strength to keep hold off her and to tame her. I somehow – don’t ask me how got her into the flat. Richard told me before he is scared of big dog in general and went full panic mode when he saw her, as it was jumping and generally sniffing at everything ( can’t really blame the dog on this one – new sight and smell). I thought my place was too small for a big size dog and also I can’t keep her in the hallway all day (couldn’t have her in the living room or any other rooms for all the cables and wired, I didn’t really think it all through did I) so I thought I would take her for walkie in the park to burn out some of her energy so she be a little more calmer.

Somehow with one hand firmly on her leads and the other hand ringing my parents for emergency back-up support because oh my god I could not do this on my own ( I did ring them that past evening telling them I’d be looking after a dog for the day and I might need their help and support), at this point it was sos hand on deck emergency red, I needed all the help I could get. Between me ringing my parents for code red, the owner rang me and asked how I was getting on – right in the middle of ”Babe* (again not real name) don’t jump onto the work surface, here you water bowl”, ”Babe sit and be a calm dog”, ”no no don’t go into the bedroom” – you get the picture. He told me he asked his friend to look after the dog and he could tell the dog wasn’t exactly what I had in mind and was struggling with it. I aplogise profoundly and I offered him a full refund and I was going to take the dog for a walk. I then somehow managed to get him backed downstairs and outside, where as it happen the owner was waiting for me and took the dog off me. I said my goodbye and gave Babe a good stroke with the hoped she was ok and I hasn’t menterally scared the poor dog ( she was most likely thinking wtf was that all about!).

About 5 minute later my parents turned up, ”where this emergency?” red face and panting as from running. I told them the owner soon took the dog back and we had a good laugh about it, I also brought them some coffee as a thanks for turning up in my sos emergency hours of need. It be one of those stories my parents will be telling in years to come.

More then anything it was my fault for my naively thinking it would be a small dog and also for not being clear enough on my dogbuddy profile  that I can only ever look after small dog. You live and learn. If you do decide to look after a dog for day – please be clear on what kind of dog you can look after and don’t make my mistake.

How To Choose a WordPress Theme

The Tale of Kate & Dusty

I’m that kind of girl who….

Lets have a natter

Cringing at my old Livejournal Entries

How To Choose a WordPress Theme