I don’t know about you, but I feel properly festive. Woke up this morning listening to Christmas songs, had a mince-pie for breakfast and spent two hours wrapping up presents. I feel properly ready for Christmas now. I’m looking forward spending the actual Christmas day away from the computer and instead enjoy the day with my parents and Richie. I should also not this is the first time in 10 years I can look at Christmas through different set of eyes – I’m no longer the poor bugger in retail who have to spend Christmas eve serving everyone with their shopping. Yay! I so don’t miss that one little bit.

Anyway I thought today I would do a little fun quiz for you, feel free to join in the fun yourself.

What is the best Christmas dessert?

This is going to sound weird but Ice cream with Christmas pudding. I know traditionally you serve it with cream but I don’t like cream so I prefer ice cream instead. Or Mince pie with Ice Cream. I like Ice cream with my Christmas dessert.

Do you ever carve the turkey?

Hell no! That role have always been my dad who does that.

Who would take the best Christmas photos?

Richard, well he is a photographer. However it might be me next year as I did ask Father Christmas for some more photography equipments.

Do you glam it up on Christmas day?

No, it’s a Christmas jumper and Pajamas trouser type day. As I’m lounging around the home for the day, there no need to glam it up.

Do you own the tackiest Christmas jumper ever?

No. But I have one that is designed for pregnant woman, my mum brought it for me two years ago thinking I was pregnant. It has the baby in the middle with two angel on either side. Umm needless to say it at the back of the wardrobe. I don’t know why I keep it.

Tell us the worst Christmas jokes?

Who delivers presents to baby sharks at Christmas?
Santa Jaws

Why does Santa go down the chimney on Christmas Eve?
Because it ‘soots’ him!

Why did the Rudolph cross the road?
Because he was tied to the chicken!

Do you fall asleep after Christmas dinner?

If I’m at my parents house, I have done in the past. Does anyone else feel drowsy after a massive meal?

Do you do any dancing on Christmas day? 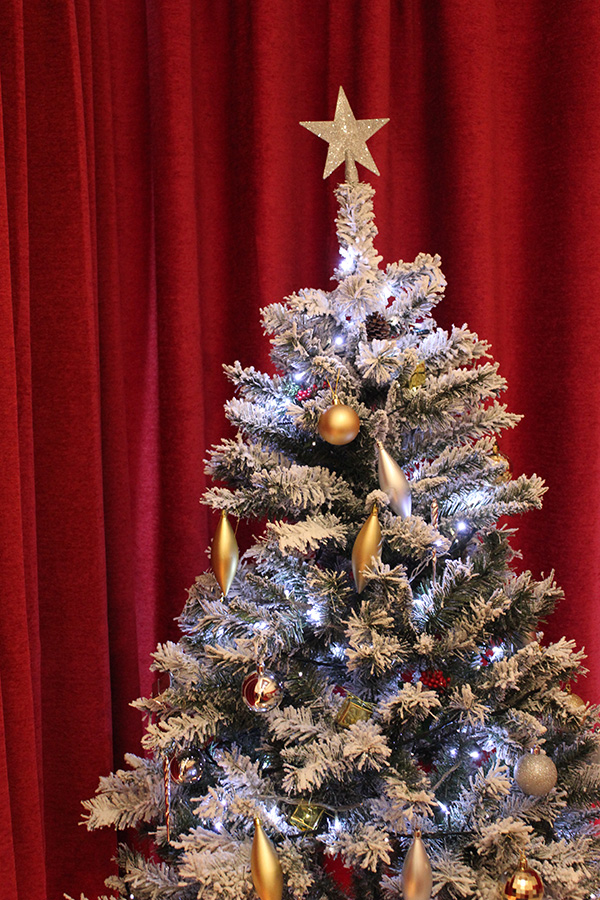 The worst gift you ever received?

I was once given a snow board cause someone thought I like to ski. I can barely balance on my two feet – never mind on a snow board. It was really awkward as that person couldn’t get a refund! So that person ended up keeping it from themselves. *Awkward*.

What is your favorite Christmas music/song?

Mariah Carey – All I want for Christmas. I found a lot of Spotify Christmas playlist this year that I enjoyed listening too.

What is the best part of a Christmas dinner?

Pulling the cracker, telling bad joke and putting on the paper hat. Oh also the massive food in front of you – piggy in a blanket, turkey, ham, roast potato, stuff and Yorkshire pudding. (Yes I have Yorkshire pudding with my Christmas meal – it isn’t a roast dinner without one.)

Do you play any board games and do you cheat?

I use to when I was younger, it was normally monopoly. It was my sister who cheated.

Who would be the best Santa impersonator?

My dad, this year he dressed up as Santa and went into school assembly. He told me the kids went mental at him – screaming and tugging, he also said he said ‘ho ho ho’ so many time he lost his voice.

I hoped you enjoyed that, feel free to do one for yourself.

10 Things That Made Me Blissfully Happy This Week

5 Phone Apps I can’t live without