I’m a sucker for mascara. I want to have long natural lashes. This is why I’m reviewing this new Rimmel Volume Shake Mascara.

For as long as I can remember people have always remarked on how long my lashes are. I would get asked if I put fake lashes on – which I never did. I would also get told that I’m so lucky to have long natural lashes. The thing was I never felt lucky to have long natural lashes, I often compared my lashes to a Venus flytrap and every piece of dirt just get trapped in them.

Having said that, I’m a complete sucker for trying out anything that can make me lashes stand out. Give them the proper attention they deserve.

I went through a phrase a few years ago of trying out load of different mascara, trying to find the right one for me. You see, with me I’m a marketing man dream. If you tell me this amazing new mascara will make your lashes even fuller and longer – I would believe you without a doubt. So a few years ago I tried out a lot of different mascara all believing the hype, and foolishly believing I will get fuller and longer lashes.  I stopped trying out mascara due to a cyst that developed in my eyes. Now I’m not 100% certain it was formed due to me trying out loads of different mascara – but I decided to give it a rest and let my eyes calmed down.

So that was a few years ago, last week I went a little mascara crazy. I was in Boots (drugstore to my US readers) and I picked up a few mascara. And there is one I will be talking about today – the Rimmel Volume Shake Mascara.

This mascara caught my attention, It in a longer bigger bottle then normal mascara. And it also was on special offer, so I obviously picked it up.

Here what they say about it:

Volume Shake mascara gives lashes a beautiful Clump-free volume, from first to last use! Perfect for everyday volume. Use the Volume Defining brush to load bare lashes with a generous coat of volumising formula to build beautiful natural-looking volume.

If you hate to throw away half-used mascara because it dries out or simply isn’t as good as new, this volumising black mascara is perfect for you.

Here are what my lashes look like before usage. 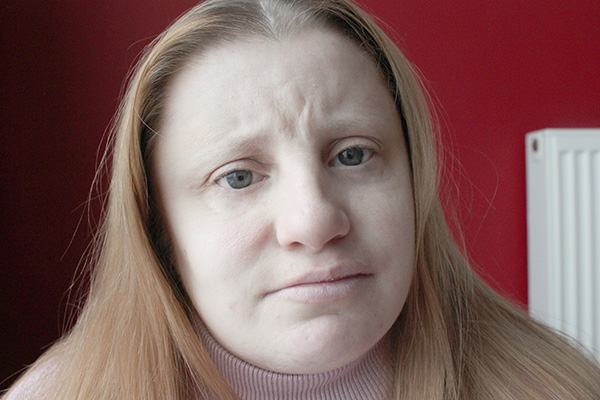 Did I notice much of a different? Honestly, not a lot. It kind of clamped my lashes today and it didn’t give me the individual long lashes I was hoping for. I also was disappointed that It didn’t show so well in photos. Hence why there is only one photos of me and not a close up version. I’m a fan of mascara brushes that curved a little, this one didn’t and I felt the brush made it difficult to get into the corner and really bring out the short little lashes.

Overall, I wasn’t that impressed with this Rimmel Volume Shake Mascara. I felt it didn’t really add volume and just clamped my lashes together. If I was you, give this one a miss.

However, do you have any good mascara recommendation? One that will add volume and make my lashes stand out.