These photos were from a couple of weeks ago when we had the week of the unbearable heatwave. God! I felt like I was going to turn into a melted puddle as my brain latterly turned to mashed, and all I wanted to do is have a continuation of cold showers and iced drinks. I’m sure you are well aware I don’t do well in the heat.
Anyway, at the start of the heatwave, we decided to go out for a little walk around London. I always felt lucky to live a short distance to the centre of London, the real beating heart of the city. I love the buzz and the excitement of it all, so obviously when we decide to go out for a walk – central London is usually my first choice.
However, saying all that. Since the pandemic started, I have been keeping clear of central London. I will admit I was taken in by the scaremongering from the media.
But that was a couple of months ago when the pandemic was at it highest and with spikes now slowly coming down, and I figure what the hell, I’m still nervous travelling on the underground so being above ground I felt I would be safer and it was just a walk. London is so big, it easy to space out from people.
The purpose of the walk wasn’t just to get out of the house and to explore London – it was to show you this polka dots DKNY dress. A dress which I consider to be the bargain of the century.
It was initially retailed as $145, but I brought it from TK Maxx as £10. Was that a bargain or what?! I love when this happens, getting clothes cheaper than it was initially sold as.
I’m also dead chuffed with this polka dots DKNY dress, especially as I don’t own a polka dots dress, so this was amazing to add to my colossal dress collection.
I don’t have much more to add as I just wanted to show you this dress. It was fun exploring London, and it makes me realise that I have nothing to fear and should always embrace my London root. 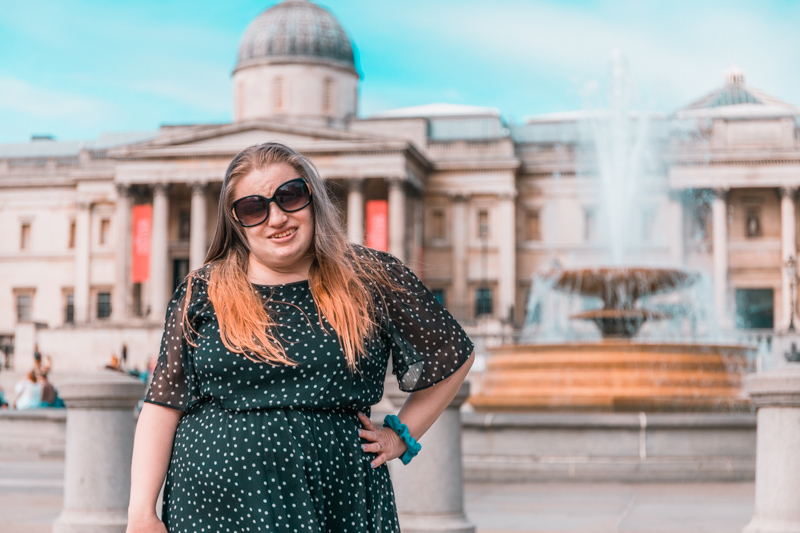 This is my fight song