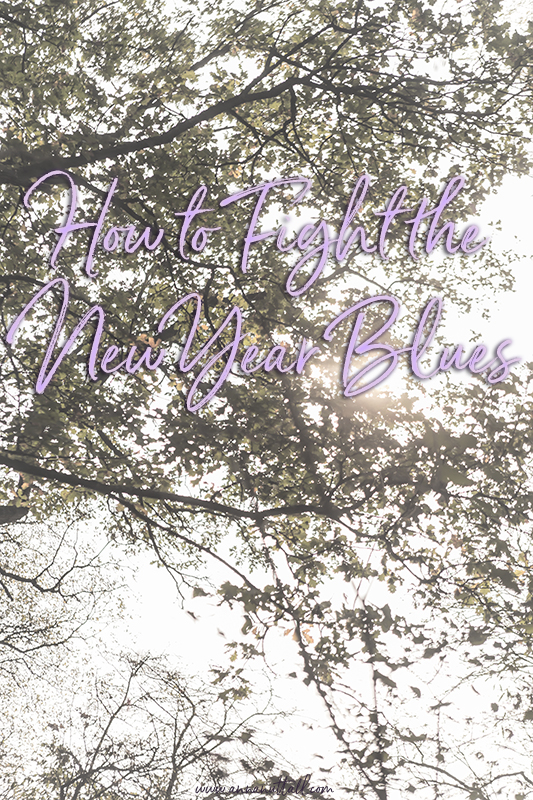 Home Lifestyle How to Fight the New Year Blues

How to Fight the New Year Blues

Starting a new year is always a downer and often feel like you’re in an endless cycle where it just keeps on spinning. Here how to stay on top of the new year and how to fight the new year blues.

Just before the countdown strikes midnight on new year eve on Sunday, I was in a bad mood. Actually, I was a foul-tempered angry bad mood, the kind of mood where you wouldn’t have dared to talk to me as I most likely would have bitten your head off. Imagine 10 angry bull in a china shop, and that how I was on Sunday evening.

What made me in such a foul bad-tempered mood? Well, I was shooting some photos on my camera, it was only as I transferred the memory card to my desktop, I found out that nothing was recorded. The memory card didn’t record any of my photos. We definitely shot them and even looked at them on the playback of the camera, yet once I put the memory card in – nothing was there.

So yeah, I just lost pretty much my day shot. Which made my blood boiled. The only thing I could do was recreate some of the photos and re-shoots. Well, I say I – when I was too upset and just left Richard to deal with it.

My camera has never done that before and now I’m really scared it going to do that again. Richard is convincing my memory card corrupted and that was why none of the photos was recorded. So now I don’t know what to do, for the moment the only thing I can do is buy a new memory card and hope it doesn’t happen again. But this has also given me the push to buy a new camera at some point this year, which was my plan anyway.

Urgh technology drama, not something you want right at the start of a new year. It wasn’t just my camera/memory card playing up, a few other things just tipped me over the edge and put me in meltdown mode.

Now I calmed down a little and had a sit and thought through my bad mood, I’m reflecting that one of the reasons why I was in a bad mood was the thoughts of January blues and starting a whole new year again.

January isn’t my favourite month, there is something quite dreary and boring about it. Everything is just dead and quiet. No fairy lights anywhere, cold frosty dark morning, and no seasonal occasion to look forward too. January is pretty bleak.

Also, I can’t help but feel January is the start of another wheel turning, everything we did last year – it to be repeated again. An endless cycle that keeps on spinning.

While some people look forward to the start of a new year, I find myself anxious and worried. It like walking through a dark house and looking for the door. If only I could glance into the future and find out what is in store for me. Where Mystic Meg when you need her?

So essentially I have new year blues and I’m trying to fight against it this time. I won’t let it get me down, I will beat it.

By beating it, I have to know how to fight it. Here to fight the new year blues and how to stay on top of January.

While January there’s no special seasonal occasion, it doesn’t mean you have to shut yourself away. You still can be social. Yes, I know January is dry the month (a month when people give up alcohol), but you still can go out and have a mocktail or a light drink in the evening and at weekend.  Even if you feel like hibernating, still organized a girlie night at home. January isn’t an excuse to be anti-social, that won’t do you any good.

Go for a mini-break:

If you got the money to splash after the festive season, then go on a mini break. Even If it a little one-night stay at a b&b. Its still something and it might be nice to go somewhere different. I know some people who use January to fly off somewhere warm as the dull winter sky make them feel depressed.

The first few weeks of the new year, start marking some plans. Where or what do you want to do this year? Is this the year you will finally leave that dead-end job? Well, how you are you going to do it?  Write a plan on how you going to achieve it. Are you wanting to go travelling? Well, where do you want to go? For how long? Write a list or start a Pinterest board on your travel plan. If you achieve any of your plans, then you can tick it off and move onto the next.

Give yourself a make-over:

Normally round January I would give myself a make-over. Well use the time to change my hair colour, but I dyed my hair so much last year that I decided to do it later this year.  But a change of hair colour or style does transform your mood and make you feel a whole new woman.

Those were how to fight the new year blues, do you have anything to add?

Starting the Year On the Right Note

Five Winter Dresses to Wear in the New Year

Celebrating Etsy Sellers from All Walks of Life

Quick Guide on How To Have Afternoon Tea...

Shout out to all the women in this...

My thoughts Process When It That Time of...

Oh no, how horrible that you lost the photos! I’ve done that before, I was so annoyed after the photos just vanished! I try to be more careful now but it’s frustrating!

I’m glad you have a plan in place to cheer yourself up and enjoy the rest of the year too! 🙂

Thanks for this Anna. I always get depressed in January,

Oh gosh, I am so sorry to hear that happened. I had that happen years ago and it was because of a corrupted memory card – it’s the worst feeling! And I really liked this post – your tips are all great. 🙂

I know I am going to be sad this weekend when I put all the decorations down. I hold on to them until the last minute.

I like to lose myself in a good book, watch a classic movie, hike, take an on-line course, try a new recipe, spa day, or slip over to the soup kitchen and serve. Let’s make 2018 spectacular. Love your blog Anna.

I’m so sorry that happened! I have been writing my goals for this year and will have to add the mini-break. I tend to go big or go home. Thank you!