Today is a special day as today it’s marked as our half a life anniversary. Now, no doubt you won’t find that on a greeting card anytime soon.

But you must be wondering what a half a life anniversary is? Well, it simple really as from today I have spent more time in my life with my husband than without.

How weird is that?

I have spent more time with my husband in my entire life than without – let that sink in for a bit.

I first met my goon of a husband 18 years ago, yes, when I was 18 years old, and he was 19. I had already written how our eyes met while on a pogo stick. I’m not kidding.

From growing up till those 18 years ago are now less as my entire whole fricking life now consist more of being with him.

It was Richard (let give him a name rather than just the husband all the time) who pointed it all out to me. He’s a sucker for this kind of thing — a giant nerd who like to work out significant dates.

For example, our wedding was on the exact date we met – 16th December on our tenth anniversary.

So it no surprise he worked out our half a life anniversary.

Why have we stayed together for so long? Well please let me indulge myself a little and let me give him a big lovey-dovey review:

This guy cracks me up!  Seriously I’m laughing 24/7 – yes in my sleep I’m still laughing (so it has been reported!). I have never met a funnier guy than him. Both of our parents said when we first got together on how much we always laugh.

We both giant nerd as we both PlayStation users; He likes racing games and VR while I’m perfectly happy playing open-world RPG and riding on a virtual horse.

Richard taught me photography and like to bore me with technology news, while I’m annoying him with celebrities’ news; as you can see it opposite attraction.

Now our next ‘life’ anniversary is not supposed to be till we’re in our 70s.  Urgh, I don’t want to even think about it.

But for now, I’m enjoying our half a life anniversary.  I’m going to raise my glass and make a toast to the man in my life. 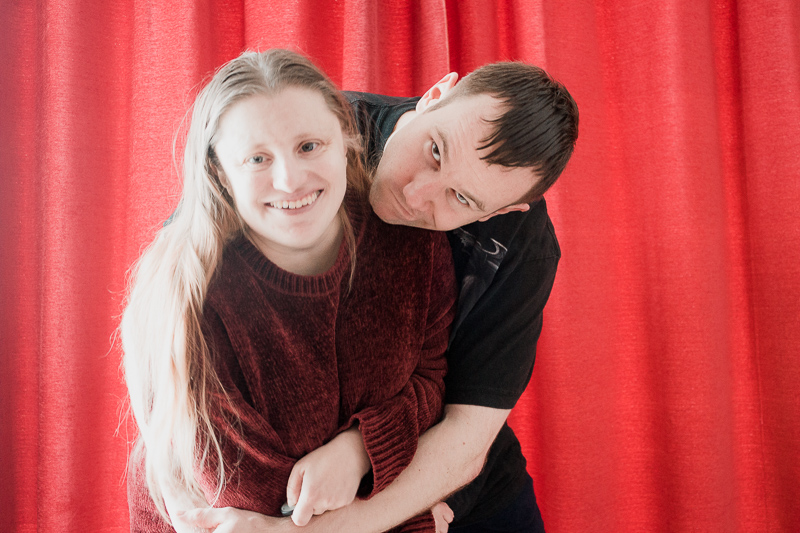 The Upside and Downside of Anna Nuttall

A Few of My Favorite Blogs I like to Read

The Little Things That Make Me Happy

Ask Me Anything – Christmas Edition