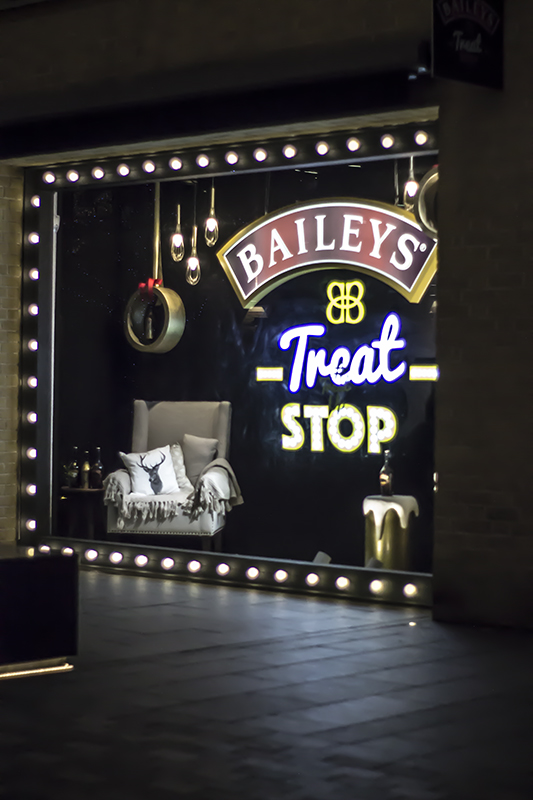 Last week was our wedding anniversary, so we decided to keep it simple and sweet. By visiting the Baileys treat shop at Covent Garden.

As I was saying, yes last week was our wedding anniversary. I have now been with this crazy nutcase goon, Richard for 16 years. Oh, boy doesn’t fly when you’re having fun. We haven’t been married for the whole 16 years, our anniversary coincides when we first met. So overall what I’m saying is, I have been married for 6 years. But have been in a relationship for 16 years.

Anyway, as I been with him for so long, we don’t make such a big fuss over anniversary anymore. We still try to make it simple and sweet, but we don’t tend to buy each other cards and present. Especially as it so close to Christmas.

But on our anniversary, we like to go out for a meal and have a drink. Like I said, keep it simple and sweet.

A couple days before the date, I saw on Facebook that Bailey has opened a pop-up bar in Covent Garden. I was intrigued and knew, not only that we have got to get down there. But also it would be a nice place to have a drink and to celebrate our anniversary.

I could very well go into a long ramble on how Bailey is my favourite alcohol drink and how it brings out the Irish in me, but I won’t.  But it safe to say, I do love my baileys drink. In fact, it was the first ever alcohol beverage I ever drunk. So it also has a special place in my heart.

Baileys for a short time opened a special Baileys cocktail bar in Covent Garden. How amazing! An exclusive place to drink nothing but Bailey. Now that is my kind of cocktail bar!

As I was saying, I saw this on Facebook and basically dragged Richard down and told him that this will be our wedding anniversary treat for this year.

We got to the Baileys treat shop and the barista (or cocktail guy) told us we could order anything we want. We could order a hot drink with bailey, or a cocktail or even some Baileys chocolate. Feeling a little overwhelmed with so many choices, the barista told us they were doing a special reindeer cocktail for a limited time only. So how often do you get told that you could be having a chocolate reindeer cocktail? Umm never.

The actual Baileys treat shop still feels warm and cosy, it was also – as you expect when something doesn’t last long in London – very very busy. However, we still gave ourselves an anniversary toast and had a good giggle that we were drinking from a chocolate reindeer.

Sadly, if you are thinking of wanting to experience this for yourself – the Baileys treat shop. It now closed. Yeah, they open had it for a two week, which I think is silly as it looked really popular and they defiantly a market for a special Baileys cocktail bar. Well, that what I think anyway.

I really hope Baileys will bring it back the Baileys treat shop for next year and when they do, I will tell you all. So you all can experience a chocolate reindeer first hand.

That was our anniversary treat for this year. Are you a fan of Baileys? If so, how do you like to take it? 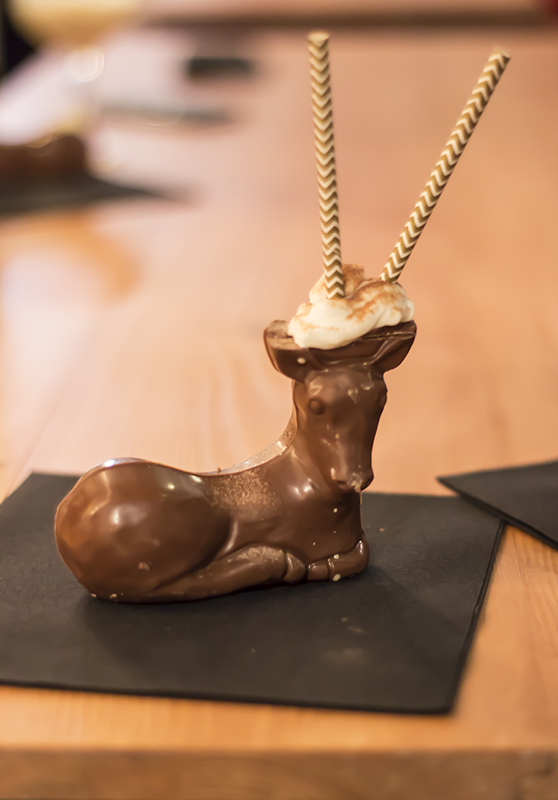 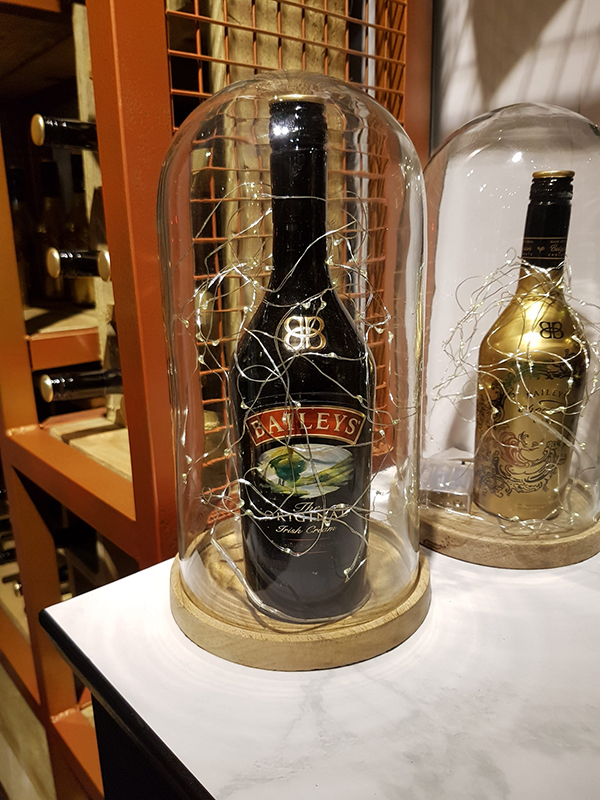 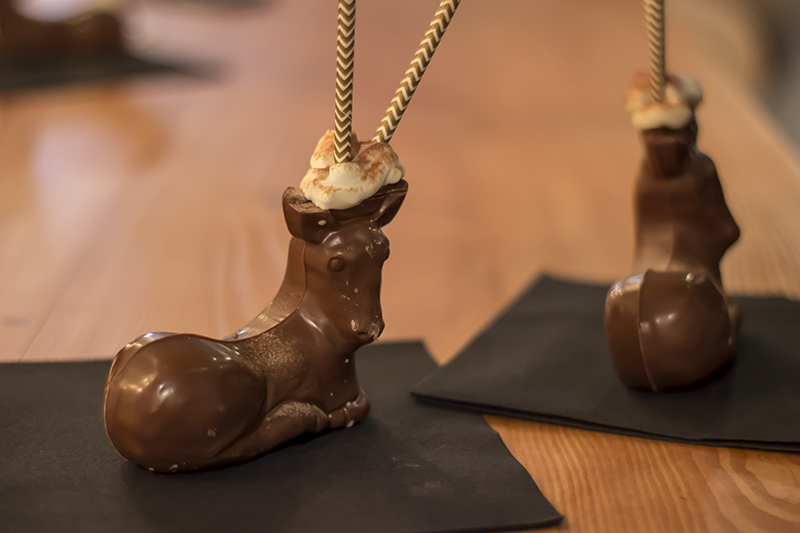 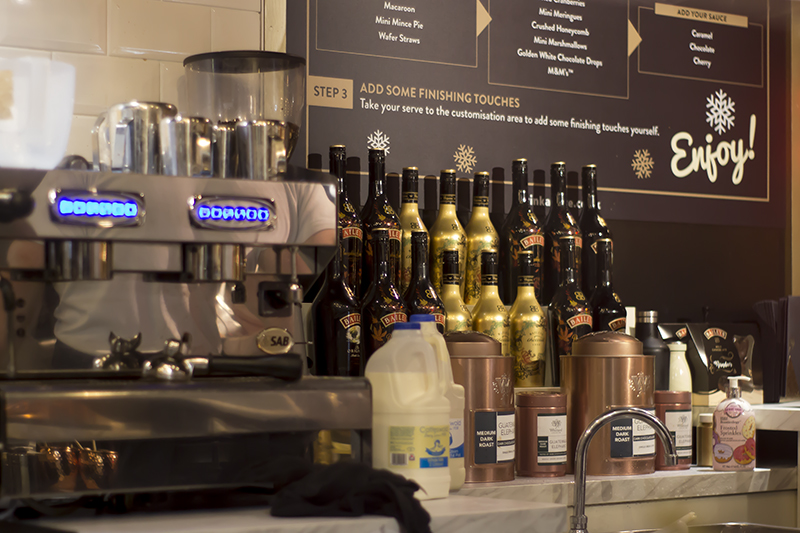 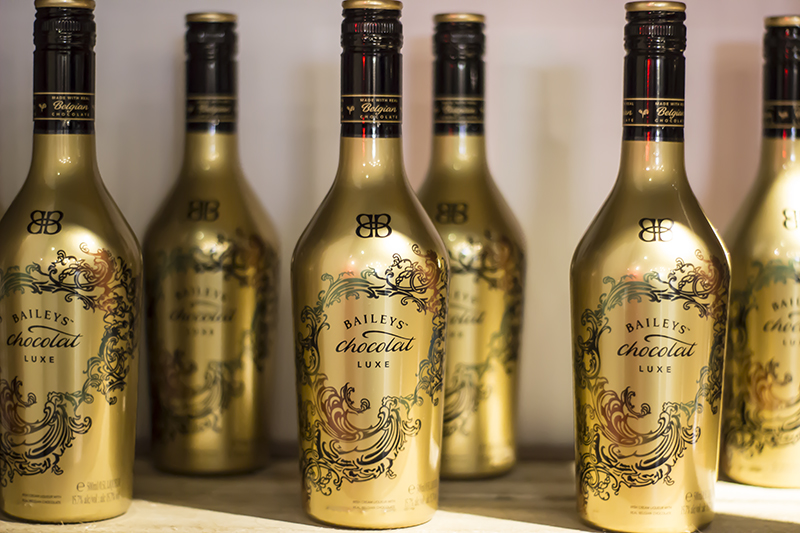 Walking Around the Tower of London

Oh this sounds like it would’ve been fun to visit! I love Baileys!

What a shame that the shop isn’t open for very long. The strangest way that I drank Baileys was at a cabbage festival. We drank a shot of Baileys out of a cabbage leaf!!

How lovely. Happy anniversary. Thanks for sharing your special time with us!

Yum! Looks so yummy and a fun couples outing. Thanks for sharing!

Drinking from a chocolate reindeer? LOL If I had that, I would replace the cocktail with chocolate milk (I don’t drink) 😀

This sounds awesome! Baileys treat alone just draws you to them

Bailey’s is probably my favorite liquor and it was great to read your experience about Covent Garden. Hopefully they will bring back the Bailey’s Treat Shop and keep it open continuously at that point. The chocolate reindeer is creative.

Although I’m not a huge bailey’s fan I’m sure this would be a great place to visit for the experience of it all! Happy Anniversary!

This cocktail bar sounds awesome. Maybe they could do one near me? I like baileys but only in small doses.

Aww the reindeers look so cute! I can’t be believe that they closed already, it doesn’t even seem like they were open for long. Happy Anniversary!!

Happy Anniversary!! What a fun time!

Hi Anna! First of all, Happy Anniversary dear! Hope you enjoyed your date night with your hubby. Second of all, this was such a cool idea by you! I love Bailey’s, so being at the spot would be amazing! Sounds like you had a great time! Those chocolate reindeer drinks look delicious.