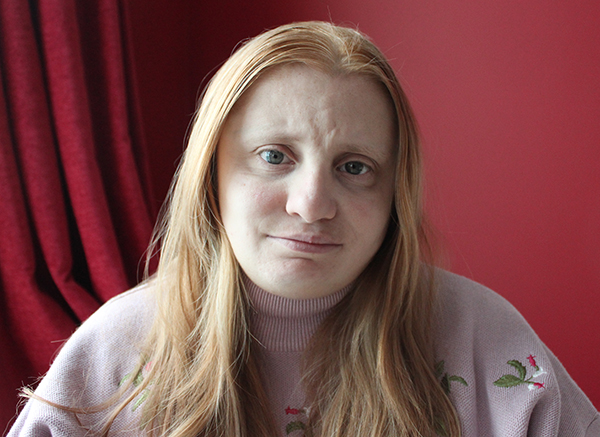 Home Life story 20 facts on me that might surprise you

So you think you seen, know everything about me. Well folks, I’m only getting started. Here are 20 facts on me that might surprise you.

Someone recently accused me of not being who I claimed to be. This person accused me of being some overweight middle age man who lives in a prison cell and only have access to the internet. I of course laugh, I mean the bloody cheek of that person. As if I’m an overweight middle age man…ewww!! It sends shiver down my spine if people really think that.

I’m a small 30 something woman who lives in her own home with her husband, though I am a little overweight but I’m working on it and I do have access to the internet. So that person got at least two things right about me. Still not a middle age man.

Which does highlight to me that, do we really know the person behind the screen or blog? I am who I say I am. But what about other people who also claimed the same? We only see their pictures or videos, never in person. Unless you go to a blogger event, I suppose.

Overall what I’m saying is, how do you really know a person when it only through their blog? You only know the person through what they have written, photograph or filmed.

So you all finally realize that I really not a middle age man who lives in a prison cell, here are 20 facts on me that might surprise you.

These you go, do you feel like you know more about me? Those were my 20 facts on me that might surprise you.

My Belief on the power of Healing Crystals & Stones

Why Sunday is a day of rest for me

Getting Back to Normal After Lockdown

The Struggle with My Confidence

What Has Been Keeping Me Entertained During The...

Hi, Anna. Your name is same with my third daughter. The opposite of you, I don’t like too speedy motion except for long distance journey. You should try to color your hair pink at least once in your life time, lol.

You need to go and dye your hair pink. What’s the worst that can happen? You don’t like it…? Well, then you can dye it back to it’s original color!! I have had blue, purple and pink hair before – I loveddddddddd having those colors. Another thing you have to realize is getting your hair dyed pink = it will fade, so you shouldn’t be scared. Consider this a form of “speed” (that you need)… And just do it! I expect you to have pink hair the next time I come to visit, lol!

How stupid that someone would claim that about you, how awful! 🙁 This post was really insightful, it’s nice to get to know those people behind the blog! Lovely post babe 🙂 xx

Hi Anna, how rude of this person to insult you like that I can’t believe some people. On a lighter note it’s nice to get to know you better. I was a goth as a teenager I even painted my bedroom walls black…not very popular with my mum at that time. Keep on keeping on girl! 😊

Love posts like this- I’ve never even played the sims, how insane is that?!

I love reading these types of posts to learn more about people that I would never know any other way.

Such a fun post! I love these little fun facts. And you’re not missing anything with the Saw franchise.

I agree, you should totally go for it with the pink hair! It’d be adorable! 😊

Wow love to hear those facts about you, It’s so sweet that you met your husband in that place 🙂 and for the horror films I’ve watched all saws series and it doesn’t really scare me, however, I haven’t tried to do ghost hunting alone. So nice to know you more.

I love Frenchie’s hair in Grease! You should just go for it, I bet it would look awesome!

why don’t you use the wash out pink? they have loads to choose from in Boots, my daughter has bleached hair and uses different colours all the time, when she gets fed up with a colour she washes it out with head and shoulders shampoo then changes colour x

also as I said once before your hair is amazing what id give for that lovely hair you have!! x

Anna,thank you for sharing your list,I feel I got know you a little better because of it.